In 2014, HM Queen Sonja and Magne Furuholmen started what was to become an extensive artistic collaboration, titled TEXTURE.

The project commenced unceremoniously at Bill Goldstonís famous printmaking workshop ULAE on Long Island, NY, and continued for a good 4 years in various famous printmaking workshops around the world. The project was given the title TEXTURE by Furuholmen, as an imagined composite of the the two artistsí starting point; nature and text. The collaboration produced more than 300 unique works on paper - monotypes - ranging from small works up to the size of 240 - 140 cm, as well as a portfolio of prints in edition, titled TEXTURE, and with other singular editions executed across a variety of printmaking techniques.

For this collaboration the two artists celebrated the many possibilities of printmaking with photogravure employed as the one common denominator for both. Many of the pieces were double signatures, with the two working together in close proximity, reacting to each otherís actions, and produced a multitude of colourful and exciting pieces that combined elements from their respective ÿelds of interest, sometimes to surprising effect.

The project was shown in various Norwegian towns, as well as London, UK and Aarhus, Denmark.

All proceeds of the sales from the TEXTURE project were donated by the artists to QSPA. 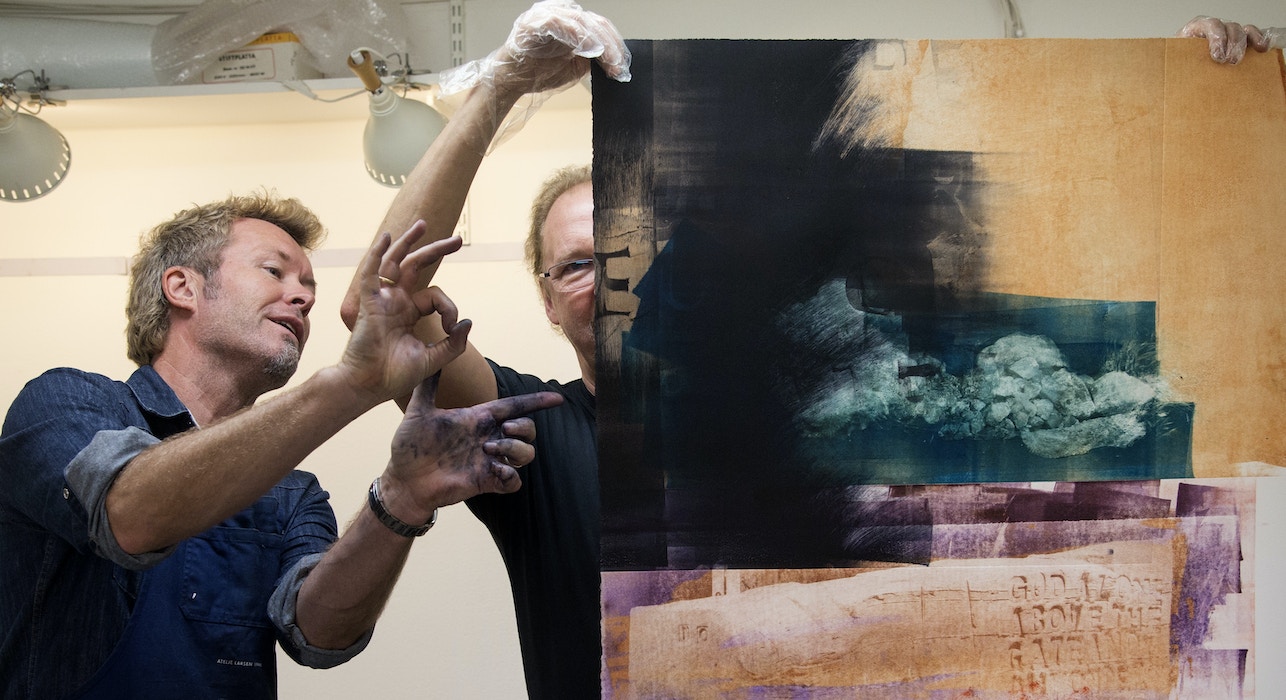 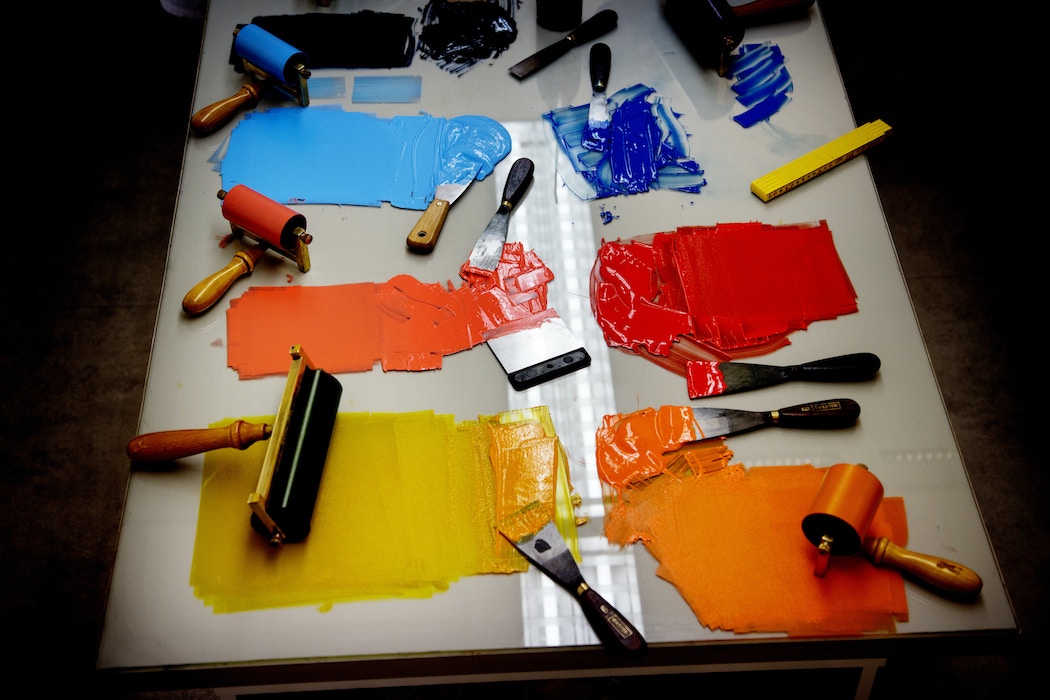 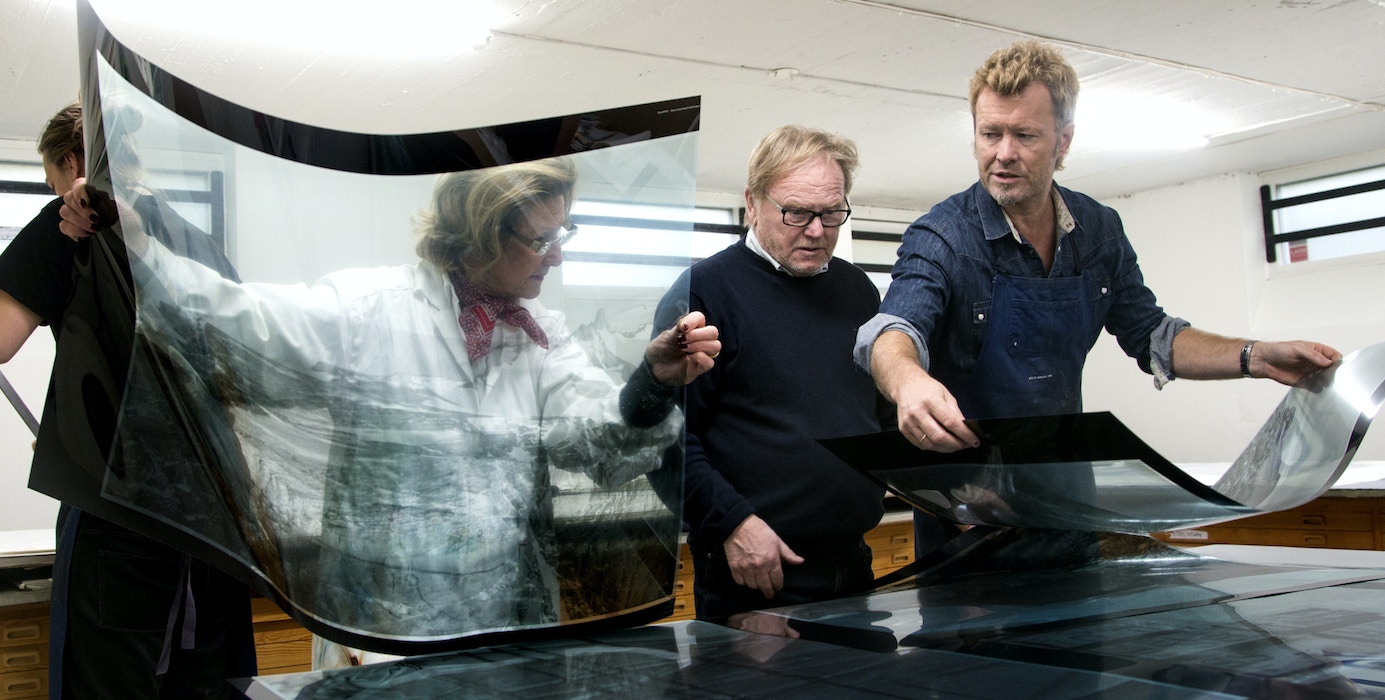 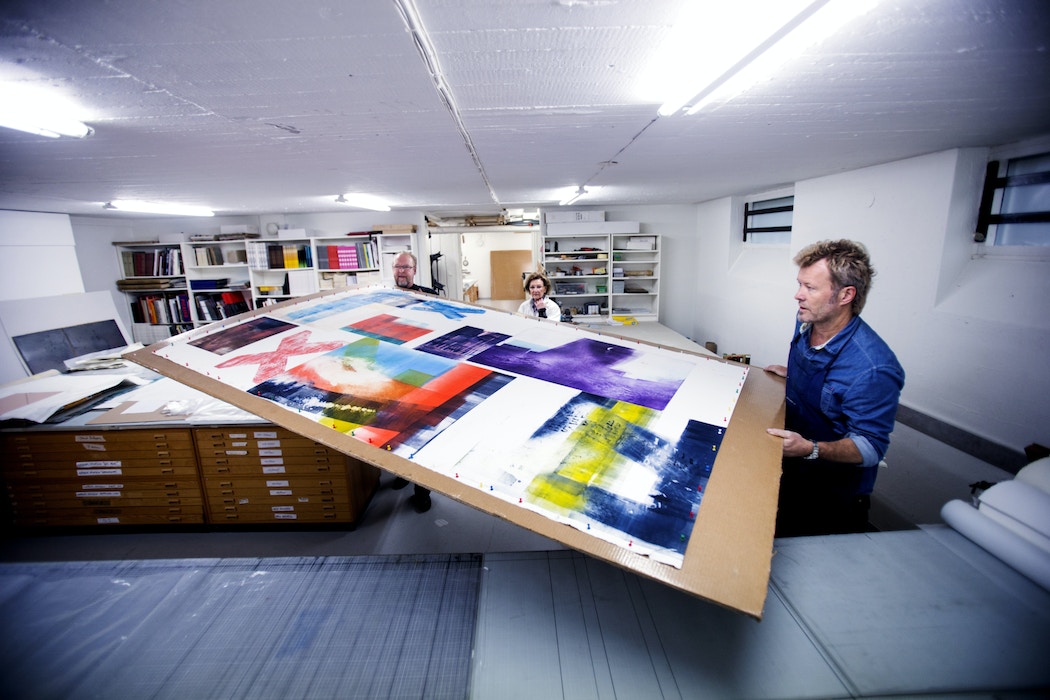