Ciara Phillips (b. 1976, Ottawa) is a Canadian/Irish artist based in Glasgow. She studied Fine Art at Queen’s University in Kingston, Ontario (BFA ’00) and completed a Master’s Degree at Glasgow School of Art in 2004. Her work has been exhibited widely in museums and public galleries since 2010 with major exhibitions taking place at the Museum of Contemporary Art Australia in Sydney, Tate Britain in London, and the Benaki Museum in Athens. Phillips has been artist-in-residence at St John’s College, Oxford, Headlands Centre for the Arts in Marin County, California and at Graﬁkens Hus in Stockholm. She has worked as a lecturer in Fine Art at the University of Cumbria and Glasgow School of Art and has been a guest professor at the University of the Arts, Helsinki (2020) and at the International Summer Academy in Salzburg (2018, 2019). In 2014 she was nominated for the UK’s prestigious Turner Prize for her ongoing artwork Workshop and in 2020 she was awarded the Queen Sonja Print Award for her work in the ﬁeld of printmaking.

"The jury is unanimously convinced by the fervor of Ciara Phillips’ commitment to the medium of printmaking, the boldness of her formal and social experiments within it, and the maturity and confidence of her artistic outlook and attainment in general. Her belief in collaborative practice, manifest in her ongoing Workshop project, grows from a set of political and aesthetic concerns that she elaborates and elevates through concerted making.

Beyond her graphic and compositional prowess, Phillips is also a keen spatial thinker, adept at expanding beyond the conventional wall and frame. Without sacrificing seriousness, her work is imbued with a sense of wonder and delight in the serendipity and collaborative nature of this creative process. The jury further believes that Phillips is at an ideal point in her career to both benefit from and bring credit to the prize, giving renewed prominence to the field of printmaking and the Foundation’s role within it. 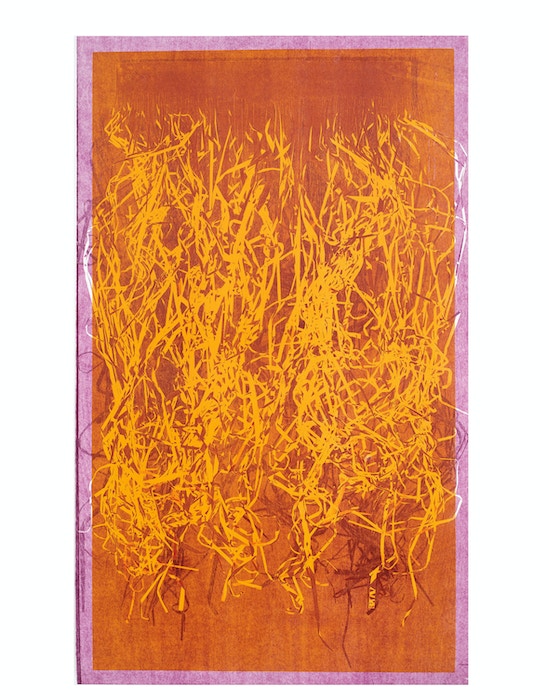